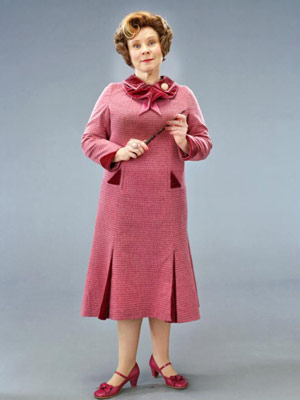 An Open Letter to Ms. B. Lynn Walsh (part of our vBulletin Truth Series)

My name is Veritas and I am a customer of Internet Brands and committed to finding the truth.

I own a vBulletin license and I must say I find it daring that you would orchestrate a lawsuit against your former employees given the circumstances of your own product lines. More to the point, I find this lawsuit, rather amusing. I must congratulate you on a job well done for expertly catching key details and organizing this ruse. Nothing has slipped by you. Let me explain further.

I took  liberty of doing a quick Google search to see who you are and what your history is. For those reading this open letter, let me share with you what I’ve learned:

Prior to joining Internet Brands in 2000, Walsh was a partner in the Technology group at Alston & Bird LLP in Atlanta, Georgia, where she specialized in public and private offerings of securities, mergers and acquisitions and corporate finance.

Previously, Walsh was a partner at Hunton & Williams in Atlanta. She received her B.A. from the University of Michigan and her J.D. from Wayne State University Law School.

Something I found most interesting is that Alston & Bird LLP in Atlanta is the exact same law firm that filed the vBulletin copyright AND also filed the suit in the United States Central District Court of California. I really have to wonder if we were scratching the back of your former partners…hmm..

Granted a bit weak in the argument department, but let’s look at your wonderful declaration. Just remember your declaration is signed under the penalty of perjury that the above is true. After all, we must not tell lies!

So let’s start with argument 4.

“In Paragraph 21 of Darby’s declaration, he states that almost all of the witnesses in this action live and work in England. My understanding of the facts is different than Darby’s.

I find it extremely convenient that certain names of witness in the UK were left out. People like Darren Gordon, James Edward Limm, and others who worked at the Reading, UK office. Plus I also found it interesting one name was left out: your famous, disgruntled employee Scott MacVicar, who currently works with Facebook.

<sarcasm> I’m sure he’d love to fly down and provide expert testimony.  Oh wait, but of course, Scott wouldn’t testify for you. He’d likely testify against you because of his first hand experience at how you do things at Internet Brands. No wonder you didn’t expect Scott to testify.</sarcasm>

Based on my review of the allegations of the FAC (First Amended Complaint) and my knowledge of the employees of plaintiff and Internet Brands, I anticipate that California residents affiliated with defendants and the Xenforo website as their representatives here in California will testify in this action. I understand that Xenforo.com website domain is registered here in Westchester, California, where it maintains a physical presence and that it maintains a technical and administrative contact phone number with the California area code 661. Any witnesses concerning the activities of these technical and administrative representatives of Xenforo in California, would, in my estimation, have to reside here in California. I discuss this further in paragraphs 11 and 12 below.

I’m shocked at your broad statements, claiming that xenforo maintains a physical presence in California. Anyone can simply Google Search to discover what WHOISGUARD is. Even on the WHOISGUARD website it has Namecheap.com written all over it. In fact, even your own Exhibit A clearly says Registration Service is provided by Namecheap.com.

Do you expect me to believe just because I choose a domain registrar located elsewhere that we have a physical presence? Imagine the precedent that would set! Use a registrar like Godaddy (which of course Internet Brands uses) and now Godaddy is considered your registered agent? I think not! I’m sure even Internet Brands would not like that argument. Now you have legal obligations in not just Delaware, and California, but in Arizona too all because you used Godaddy’s Domain’s By Proxy service. But of course, as a lawyer, you’re detailed and meticulous and I’m sure you know what you’re doing. I’m sure you took great care to research what WHOISGUARD is. After all, you do use DomainsByProxy in Arizona.

Furthermore, we both know that ICANN requires us to maintain up to date contact information as part of our domain registrar. However, we also know that the big registrars do offer a privacy service which blocks people from. Essentially we know these registrations become “private” and that the registrar becomes a temporary owner of a domain. The registrar, in good faith, is expected not to seize the domain from you and will release it back into the custody of the original owner upon domain.

But of course, it is common knowledge. And we must not tell lies.

Based on my review of the allegations of the FAC, and my knowledge of the employees of plaintiff and Internet Brands, I anticipate Ray Morgan, Adrian Harris, Michael Anders and Fabian Schonholz, members of Mr. Rosenblum’s technology team for vBulletin will testify in this action. These Internet Brands employees were present for the meetings in El Segundo at which Darby is alleged to have improperly utilized plaintiff’s proprietary information and also were involved in and monitored the progress of Darby and his team of the development of the vBulletin software, and communicated with the entire vBulletin team about the development and implementation of the software features and improvements. Mr. Morgan is and was the General Manager of the vBulletin business team and so was often intimately involved in the matters giving rise to this dispute. All these gentlemen live and work in Southern California.

WHOA! Excuse me, Ms. Walsh, but isn’t that overreaching? In fact, I would argue you just LIED to the courts. You just committed perjury! Let me explain.

All these dates are based off of Mr. Rosenblum’s declaration, signed under the penalty of perjury.

Adrian Harris, while currently is the business manager for vBulletin, was PREVIOUSLY employed by Internet Brands, but as the community manager managing YOUR AUTOMOTIVE FORUMS. In fact, Adrian did NOT join the vBulletin Team until March 2010. In his blog entry, dated March 26, 2010, he said he was new to the vBulletin team. Let’s also not forget about this thread too. So tell me Ms. Walsh. What is a community manager of Automotive Forums doing in a closed door, vBulletin development meeting, in which technically is considered outside his normal duties? In fact, I’m willing to bet Mr. Harris was not permitted to attend the meeting, but more to the point, was NOT even AT the meeting! Unless Mr. Harris somehow traveled back in time one and a half years prior to attend that meeting somehow.

Let’s look at Fabian Schonholz. He’s currently a vice president of technology according to the vBulletin.com forums, but whoa, stop the presses, we have a problem too. In this post, dated April 14, 2010, Fabian noted that he recently started at Internet Brands and that for the last two weeks, he has been reading the forums and talking to the vBulletin team. So explain to me, Ms. Walsh, how does a Vice President of Technology, who was hired in 2010, attend a meeting in 2008? Again, that mystical Internet Brands time machine must come into play.

I’d like to remind you, Ms. Walsh, that on the 23rd of December, you signed, UNDER THE PENALTY OF PERJURY, under the laws of the United States of America, the the foregoing is true and correct. In fact, looking at item 8, I, an auditor, just impeached you as a witness and have discovered you committed perjury.

I eagerly await your response Ms. Walsh. Have a wonderful week.